… And someone else doing the hard lifting. 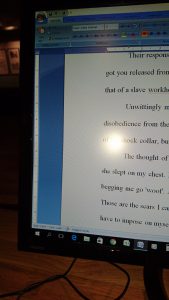 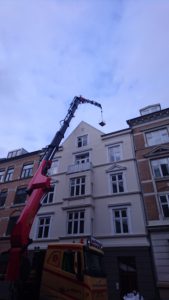 Whether you’re writing a short story or a six part series, there’s no substitute for words. You need them, and you need them on the page in at least a semblance of order. You use them to shape a story, to write the important scenes, and to flesh out your characters with actions, choices and dialogue. After many, many words you end up with a story.

I love this part of writing. It comes relatively easy to me, and when I can write several days in a row without interruption, I get things done quite quickly. My daily goal is 1000 words, but often I end up with more. That’s what I’ve been doing the past few weeks, and I estimate that I’m about halfway through a middle grade novel about kids fighting monster surveillance on their school.

It’s easy to get in the zone with this story, and I think it’s because I’ve had the main character in the back of my head for nearly three years. I know him pretty well, and I know what he would do in most situations.  Moreover, I know his friends and his problems and his enemies, and figuring out how he solves his problems is quite fun.

Getting words on paper depends on my ability to ignore the nagging voices in the back of my head saying that the first draft sucks, or that no one is ever going to read the story, or that I could be using my life to do something much better. You have to ignore those voices. I mean, imagine a bus driver having that kind of doubts when driving . “Someone’s going to run a red light and hit the bus, so I better pull over.” That’s not going to get anyone anywhere, so the driver ignores those doubts, and so do I.

For me, doubts are always easier to ignore when drafting new material. Revising stories is where it becomes really difficult, because I start looking for all the mistakes I’ve made and all the things that suck.

But that’s a problem for later. Right now I’m writing a first draft, and I’m really enjoying it. Writing is always work, but sometimes it feel like really fun work.

We use a minimum of cookies to ensure that we give you the best experience on our website, but If you click 'No' you should still be able to use the site. OkNo